Jim Carrey has released his second non-fungible token (NFT) artwork, titled Goon In Moonlight. Jim announced his newest creation via Twitter yesterday. The 48-hour auction started on Tuesday at 3 pm EST and is due to end tomorrow at SuperRare.

Description by Jim Carrey of his creation: “In the unavoidable romance of moonlight, the Goon is doomed to recoil from memories of lost loves and the agony of regret that can transform any one of us into something loathsome in our own mind.”

The artwork depicts a creature shunning the moonlight, while the artist recites a poem about lost love and solitude. Additionally, Big Head Club co-produced the digital animation, which also features the vocals of Jim’s daughter Jane.

With a reserve price of US$50,000 (about 29.6 ethereum), a portion of the sale will benefit World Central Kitchen, a not-for-profit founded in 2012 by celebrity chef José Andrés to provide meals in the wake of natural disasters. 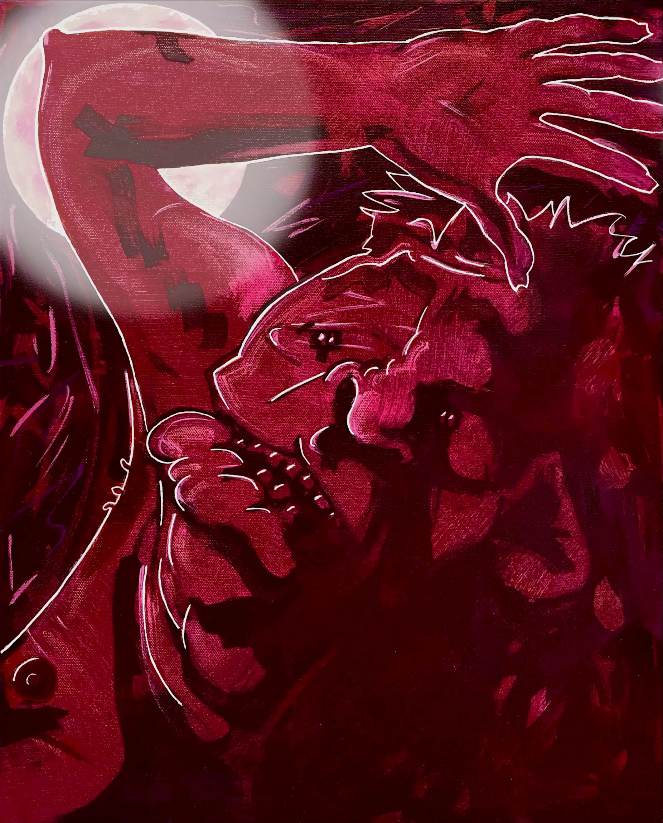 In June, Carrey released his first NFT, Sunshower, on SuperRare. The digital artwork was produced in association with filmmaker David Bushell and based on his painting of the same name.

It sold for approximately US$105,000 (62.04 ethereum) with 21 bids, with proceeds benefiting Feeding America, a nonprofit organization with a nationwide network of more than 200 food banks. The buyer, known as @deekaymotion on the metaverse, is a designer, animator, and director from South Korea living in New York.